This article follows the content of the Rome: Total War Hosted Modifications forum at TWC.

Amazon Total War up to release 3.0c is a partial conversion for Rome Total war version 1.5 or Barbarian Invasion version 1.6. ATW adds four new Amazon factions to the game: Amazonia, the Bean Sidhe, the Valkyrja, and the Gorgons. These belong to a new culture, that of the Amazons, with new units, generals, retinue members, and traits just for them.

Amazon:Total War - Reginited (aka ATW 6.0) is partial conversion of RTW's Barbarian Invasion 1.6 only. ATW-Reignited is a sequel to ATW 3.0c, but it is less fantasy and more anthropologically based on martriarchal society. The focus is on the fact that ancient horses are mostly 12 hands or less tall, really glorified ponies compared to modern breeds. This makes women more ideal cavalry soldiers than men. The mod introduces ancient but advanced stand-off weaponry and missiles for horse archers, and wagon based artillery. The mod is about how a small but mobile forces with stand-off weapon capabilities can destroy an opposing army many times of its size.

Augustus Total War is a mod taking place during the Civil War, when Augustus became Emperor and during his reign as Emperor. In the civil war provincial campaign, there are two factions playable on the Mundus Magnus map : Augustus and Mark Anthony. The mod is entirely modfoldered.

Total Conversion which combines unique strategic challenges due to a 4 Season scripted campaign from 280 BC - 180 AD on a big map and with a ruthless AI on the battlefield. Includes many new units and ideas from members of the TW community.

This mod is a remake of Shogun: Total War, and focus on XVI century Medieval Japan's clan wars.

Cassus Belli is an Italian made major mod that includes reskins for all factions and numerous other improvements to the game. It starts in 170 BC, and use the Mundus Magnus map.

Chivalry - Total War is a complete modification of RTW 1.5. It is set in the medieval era from the year 1072 to 1453 AD focusing on the events that took place over Europe to the Middle East. It tries to equally represent all the most influential factions of the time and place prioritizing game-play, realism and historical accuracy. Chivalry brings you the middle-age world of feudal oppression, martial law, crusades, corruption, the Spanish Reqonquista, the Seljuk invasion of Asia Minor and much more, further if you are up for it, some chivalric behaviour of your knights. Chivalry Total War is actually hosted in the BI section but it is designed for RTW

The best and most difficult gameplay for experienced players.

DarthMod is a unique double modification for both RTW-BI. That means if you own both Rome:Total War and its expansion Barbarian Invasion, you get the chance to play 2 full modifications for them which enhance them very much in terms of game-play and graphics.

This mod aims to give the Greek factions the same sort of depth that the Roman factions have in vanilla RTW and more...

Write your own history with Iberia Total War.

This mod is focused in the Western Mediterranean and the fight between Romans and Carthaginians, with the Iberian peninsula as main battle field. A new realistic campaign map, including Iberia, Italia, North Africa and South Galia, is the scenario. Play a "free-style" campaign, o try one of the four "script-driven" provincial campaigns. Try the "guerrilla" warfare, with the devastating and rapid Iberian skirmishers, or use the legions to squash the Iberian resistance. Would Carthaginians be able to defeat the Romans and dominate the wealthy Iberian mines? Write your own history with Iberia Total War.

What vanilla RTW should have been.(well, thats how many people have described it).

One of the most extensively overhauled and most eagerly awaited Total War mods, focusing on Napoleonic warfare. Made by the Lordz modding team.

Res Bellicae is a mod focusing on the 600 years between 530 b.c.e. and 108 c.e., featuring three campaigns covering the Greek wars against Persia, Rome's rise to power in the Italian peninsula, and an imperial campaign seeing the roman expansion in the world, along with a lot of reforms, new skins, new music and buildings for all factions and never seen before game scripts.

A mod starting at the beginning of the Second Punic War and taking Rome to the height of her Imperial glory! Aims to improve graphics, historical authenticity and game-play equally. 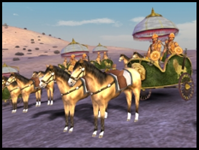 This project focuses on the rise of the Achaemenid Persian Dynasty, from 559 to 490 BC, as it became the greatest empire the world had yet known, forging an empire stretching from Greece to Afghanistan, and from Scythia down to Nubia.

Roma Surrectum, covering the era from 280BC, is a complete modification for Rome: Total War. Offering improved AI, both in the battle and in the campaign, Roma Surrectum proves to be both enjoyable and challenging. With two campaign maps, BI buildings & night battles, new units, new skins & skies, three unique factions, and innovative ideas; Roma Surrectum offers an original gaming experience that also incorporates some of the best work of the talented modding community.

As Rome you can take control of 35 different legions, such as Legio XXI Rapax, and even Caesar’s famous Tenth Legion (X Gemina); but not before you have weathered the storm of Pyrrhus and his army! Or, you could instead decide to play as any of the other factions, including the newly added Epirus, Syracuse, Bosporan Kingdom, and Pergamum. Whatever faction you choose; the new powerful rebels, along with the economic ‘zones of influence’ and unit AoR’s, promise an interesting and dynamic campaign.

Second Part of the Famous Series. Roma Surrectum II, creates a historical setting that is fun to play, significantly more difficult than Roma Surrectum I was, and visually more appealing than it. It's a Complete Overhaul of Rome Total War.

Rome Medieval is a modification for RTW 1.5, it is a full conversion for RTW,focusing on the rise of the Medieval Kingdoms, through the rise and the fall of the Crusades, continues to the last days of the Medieval age. You will lead any of 18 medieval factions to conquer a new historical Medieval map,leading your great medieval armies to glory.

A solid alternative gaming experience from the original vanilla RTW.

Rome: Total Gameplay (RTG) strives to improve many aspects of vanilla RTW. The mod focuses on areas such as game-play balancing and improved battlefield experiences. It also incorporates the talented work of many members of the TW community.

A popular modification that has a scope and focus that entails a minimalist approach to modifications of primary game mechanics and maximizing of combat interactions.

The Greek Wars is a mod based on the group story of the same name in the .Com’s Fan Fiction section. The map is restricted to southern Greece and there are 11 factions – Athens, Thebes, Megara, Corinth, Argos, Sparta, Messenia, Elis, Arcadia, Achaea and Sicyon.

The Lord of the Rings: Total War

-Main Article: The Lord of the Rings: Total War

A total conversion of Rome Total War based on The Lord of the Rings film trilogy. Includes The War of the Ring campaign. Requires RTW Alexander expansion.

Mods in Development for RTW

Hader's mod for RTW 1.5 which plans to add new factions such as the Etruscans, and improve various aspects of game-play and historical accuracy.

A mod focusing on South and Meso American pre-Columbian history. Recreating the rise of the Inca Empire, and it's fights with many different other nations, including the Aztec's, the Maya, the Mapuche and eventually the Spaniards.

A mod focused entirely on the Punic wars between Carthage, Rome and Greeks, from 510 BC to 146 BC. Consisting of 4 turns per year, using three different campaign maps and to be released in 3 distinct Volumes.

The purpose of this mod is to bring the world from The Elder Scrolls game series onto the Total War engine.

Wars of the Diadochi

-Main Article: Wars of the Diadochi

It is the year 323BC Alexander the Great has died leaving his vast Empire without successor. This mod focuses on the struggle for power which followed the death of Alexander.

YOU can help us improve this Wiki! ~ Look for ways to help and editing advice. ~ If you need further advice, please post here.
Retrieved from "https://wiki.twcenter.net/index.php?title=Hosted_Mods_(RTW)&oldid=79647"
Category: