Welcome to Medieval II: Total War on the TWC Wiki

Medieval II: Total War is a game in the Total War Series. Developed by the Creative Assembly.
Released in 2006 it is still popular with players and modders. The game covers the period 1080 to 1530. 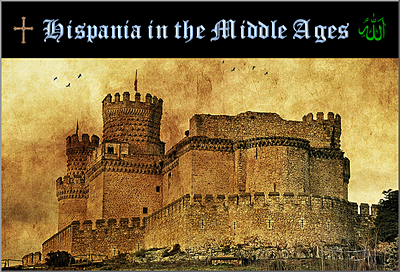 Hispania in the Middle Ages

Hispania in the Middle Ages won the favourite modification category for Medieval II in the TWC 2017 modding awards!

Hispania in the Middle Ages is set on the Iberian peninsula in the Middle Ages, the mod includes five campaigns centred around different dates and events. The factions vary with each campaign with a total of 24 factions across the 5 campaigns. The map includes the Iberian peninsula and parts of North Africa and Southern France. The mod includes new unit textures, special units for some factions, real historical characters and much more.

Third Age: Total War is a total-conversion mod. It brings you directly into the world of Middle Earth where you can choose from different races such as Men, Dwarves, Elves and Orcs.

SSHIP is a submod for Stainless Steel 6.4 that aims to improve the game from a historical accuracy perspective.

Hyrule:Total War is a fantasy mod that transports the player to Hyrule, the home world of the Legend of Zelda.

M2TW: Articles in need of Cleanup

Other Sources for Medieval 2: Total War

YOU can help us improve this Wiki! ~ Look for Ways to Help and Things to Do. ~ If you need further advice, please post here.
Retrieved from "https://wiki.twcenter.net/index.php?title=Medieval_II:_Total_War_Portal&oldid=79717"
Categories: