Monks can convert others to Buddhism, inspire a friendly army with their enlightened rhetoric and by the same token demoralise an enemy force, reduce the chances of successful bribery, calm and inspire an angry populace or incite revolt in an oppressed one. Monks are recruited via Buddhist buildings. They can convert both provinces and other agents to their religion - although it is difficult for a monk to convert a missionary and vice versa. Conversion of a population to Buddhism takes place simply via the monk's presence in a province. The trusting nature of this man makes him highly susceptible to assassination by ninja or geisha.

Below is the chart showing skills of a monk in chronological order:- 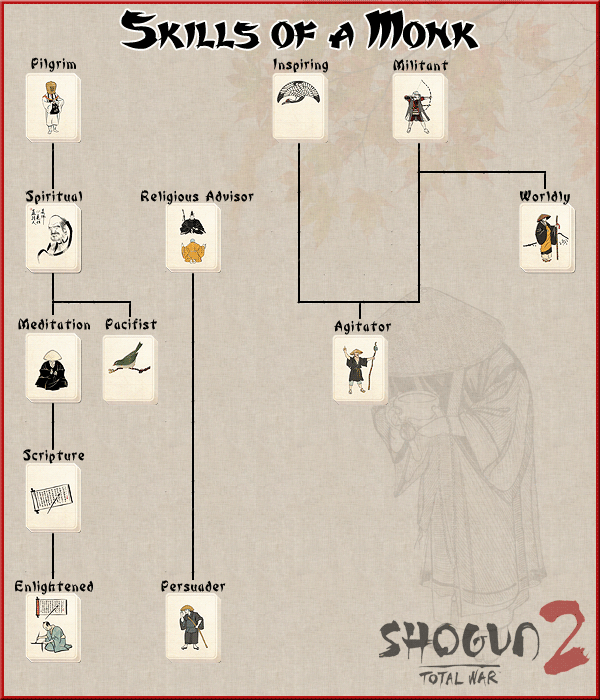 Below is the table containing info on the effects and descriptions of various skills of a monk.

YOU can help us improve this Wiki! ~ Look for Ways to Help and Things to Do. ~ If you need further advice, please post here.
Retrieved from "https://wiki.twcenter.net/index.php?title=Monk_(TWS2)&oldid=70375"
Category: