From TWC Wiki
(Redirected from Princess)
Jump to navigationJump to search 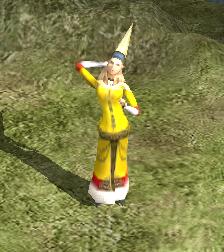 A princess is a daughter of the current ruler or heir. Only Catholic factions have princesses.

Note that if princesses get too old without marrying they will retire as princesses.

Princesses, as benefits their rank, are well guarded and are not easy assassination targets.

Act as a diplomat: This works the same as with a normal diplomat, except her Charm rating affects success rather than Influence. Princesses may also be married off to another faction's heir. This forms a much stronger alliance with that faction than a standard military alliance.

Marry your faction's generals: This is affected by her Charm value. Marrying a princess to one of your own generals makes him royalty (and thus a possible heir) and increases his Loyalty.

Marry generals from another faction: this has a much lower chance of being accepted compared to a in faction marriage and depends on the princess's Charm stat and the target general's loyalty. high loyalty generals are harder to sway. If she succeeds she will remain in your faction and bring the general with her. If she fails she will either simply stay on the map as normal, become disgraced, which removes her from the game or elope with the general himself, which also removes her from the game.

YOU can help us improve this Wiki! ~ Look for Ways to Help and Things to Do. ~ If you need further advice, please post here.
Retrieved from "https://wiki.twcenter.net/index.php?title=Princess_(M2TW_Agent)&oldid=64944"
Categories: