Prussia is one of the 5 major factions playable in Napoleon: Total War. It is only playable in the Campaigns of the Coalition. 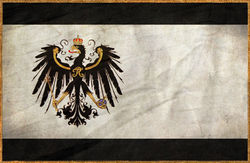 Prussia has a proud military heritage; what else could be the case for the nation of Frederick the Great? The country has been at peace for ten years, the result of getting a free hand in northern Germany east of the Rhine in exchange for recognising French control west of the Rhine. Political realities have to be recognised.

Napoleon, however, is not an easy neighbour to endure. His ambitions are seemingly limitless, his army is growing every day, and he is in need of new victories to add lustre and legitimacy to his crown. It may only be a matter of time before he once again looks to secure the borders of France through war. Perhaps, though, he can go south, against Austria, even if that only leaves a stronger France to face at a later date.

There are allies available, if the Prussians can stomach them. The British are condescending and unwilling to fight on land, but they have the wealth needed to finance a war. The Russians and Austrians may be willing to help bring down the upstart empire of Napoleon, even as they will do their best to hamper Prussian ambitions. Neither the Austrians nor the Russians have any wish to see Germany or Poland dominated by Prussia, even as they prepare for war against France. Such then is the situation facing Frederick William III. Danger and opportunity await.

Campaigns of the Coalition

In the Campaigns of the Coalition you can play as Austria, Great Britain, Prussia and Russia. The theme of the campaign is you must cut down the French Conquest by gathering trade, securing alliances and invading enemy territory. Your capital is Berlin.

YOU can help us improve this Wiki! ~ Look for Ways to Help and Things to Do. ~ If you need further advice, please post here.
Retrieved from "https://wiki.twcenter.net/index.php?title=Prussia_(NTW_Faction)&oldid=64245"
Category: