Russia is one of the 5 playable factions in Napoleon: Total War. It is a major faction. 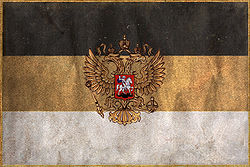 Russia is a giant, if it can be mobilized to face the deadly danger to peace that is Napoleon Bonaparte.

It is also a nation that is recovering from the assassination of the reformer Tsar Paul in 1801, a man who was too interested in reform to be left on the throne. Rumour has it that Tsar Alexander was complicit, at the very least, in his father's death. Paul had taken Russia to war against revolutionary France. Now Alexander is beginning to realize that a French, or rather, Napoleonic hunger for victories will drag Russia into war once again. If Russia is to be seen as a major power in Europe, she must act like a major power, or accept French domination of Europe.

This is why Russia now contemplates war against France once again. There may be incidental gains to be made in Poland and Prussian-dominated Germany, but the threat of the new French Empire is real. Napoleon has set himself up as the equal of the Tsar, and that is an implicit challenge. There are potential allies, and some, like the English, have very large treasuries.

Russian soldiers may be rough and ready, but her generals are cunning commanders. Russia also has the advantage of time and space, should a war go badly. No invader from the west can comprehend the emptiness of the steppes, deal with the vast distances of Russia, or survive the merciless campaigns of "General Winter".

Campaigns of the Coalition

In the Campaigns of the Coalition you can play as Austria, Great Britain, Prussia and Russia. The theme of the campaign is you must cut down the French Conquest by gathering trade, securing alliances and invading enemy territory. Your capital is Moscow

YOU can help us improve this Wiki! ~ Look for Ways to Help and Things to Do. ~ If you need further advice, please post here.
Retrieved from "https://wiki.twcenter.net/index.php?title=Russia_(NTW_Faction)&oldid=64246"
Category: