Total War Saga: Thrones of Britannia is the first in a new class of Total War game developed by The Creative Assembly

The Total War Saga games are intended to be standalone spin-off titles which concentrate on short pivotal moments in history occurring in limited geographic areas. 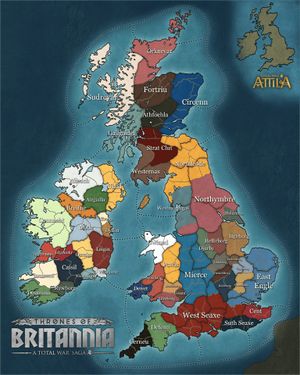 Jack Lusted said in an interview with PC Games that the Danes, Norse and Normans (Normauds) invade as a late-game challenge, after completion of one of the long campaign victory conditions.

YOU can help us improve this Wiki! ~ Look for ways to help and editing advice. ~ If you need further advice, please post here.
Retrieved from "https://wiki.twcenter.net/index.php?title=Total_War_Saga:_Thrones_of_Britannia&oldid=85390"
Categories: