The 'complex' of cities in Northern Italy (Florence, Venice, Genoa, Milan, Bologna) are owned by the faction of Venice. They are rivaled by the Holy Roman Empire, Milan and the Byzantine Empire. 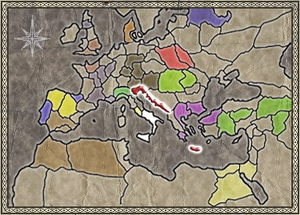 The Venetians start in the North of Italy and down the coast of Croatia. They have the HRE to the South (Bologna) and North, Hungary to the North East, Milan to the West and Byzantines to the East. It is coastal faction with one of their settlements on The Isle of Crete 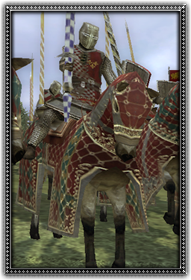 YOU can help us improve this Wiki! ~ Look for Ways to Help and Things to Do. ~ If you need further advice, please post here.
Retrieved from "https://wiki.twcenter.net/index.php?title=Venice_(M2TW_Faction)&oldid=64076"
Category: