PRO DEO ET REGE is a modification for Medieval II: Total War which focuses on improved historical accuracy and realism. The mod aims to create a slower and more challenging campaign.

The mod has revised the faction names and starting generals for improved historical accuracy. Several units have been added or reskinned as well. These are the included factions: 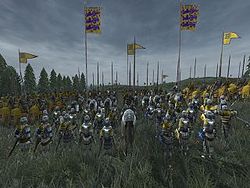 The mod adds over 80 new provinces to the original vanilla campaign map. These provinces have been chosen for their historical importance and care has been given to ensure they retain their proper historical name. 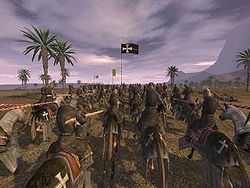 Upon conquering a foreign province, a faction will find itself as strangers in a strange land. Looked upon with suspicion and faced with hostility, much work will need to be done to bring a new province into the fold. To this end, PRO DEO ET REGE implements a Regional Area of Recruitment System that limits and restricts the amount and types of troops available to a faction in a newly conquered foreign province.

Commercial Capitals of the World

Not all medieval cities were equal. Due to location and resources, some cities naturally had more of an economic advantage than others. To this end, there are four levels of trade spots: 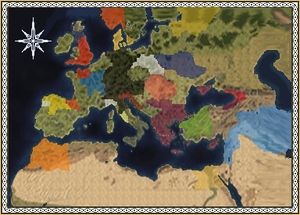 local units. Higher-class regional units are now available at higher-level military buildings. Gaps in a region's AOR system have, for the most part, been filled to make construction of higher-level buildings worthwhile

start-date of 1080 A.D. Obviously, some factions will have it harder (or easier) than others. All factions are not created the same. A Georgian campaign should be harder than a Seljuk campaign.

Socal_infidel
Gigantus (adding new factions, really too much to list! Believe me, it never would have gotten finished without him, though!)
ST0MPA (Orders Guild and Ancillary Fix)
Pope_Fred_I (Noble Titles descriptions)

YOU can help us improve this Wiki! ~ Look for Ways to Help and Things to Do. ~ If you need further advice, please post here.
Retrieved from "https://wiki.twcenter.net/index.php?title=PRO_DEO_ET_REGE&oldid=79606"
Categories: