Patria Libera is medieval mod which passes throught the XIV century to the year when the Constantinople fall(1453. During the short timeframe of the mod the player will learn all about this exciting part of history. The mod includes a totaly new map with 199 provinces , new models, new historical characters, new unique cities models and more than 30 nations determined to rule all of Europe.

The year 1300 begins a very interesting and turbulent century. Small duchies and kingdoms established their independence while the large, established kingdoms and empires saw their power diminished by weak faction leaders and powerful, independent feudal lords. And everywhere people were devastated by the scourge of the “Black Death.” During this era the longest war in medieval history was waged, “The 100 Year’s War.” Powerful alliances were born such as the Kalmar Union and Polish-Lithuanian Commonwealth. The Papacy saw its authority challenged by its exile in Avignon and later by the schism of the two Anti-Popes. The fall of Byzantine Empire began and in the year 1453, the Eastern Roman Empire finally fell to the Ottoman Turks, It is also the end year of our mod and a year which heralds the end of Feudalism and the beginning of the Renaissance.

The main goal of the mod is to establish the “real” historical “environment” found in Medieval Europe at the beginning of the 14th Century, giving the player the “feel” of the historic background in 1301 AD. During our timeframe player will experience most of the significant historic events, accompanied by the appearance of historical characters such as the rebellion of the Hussites lead by Ján Žižka or the French “Rebirth“ lead by Joan de Arc, and much, much more.

You can choose a Faction to use during the installation of the mod.

You can find rest of the team here.

Patria Libera will be featuring a boatload of new units, a small teaser for the highland roster is shown below:- 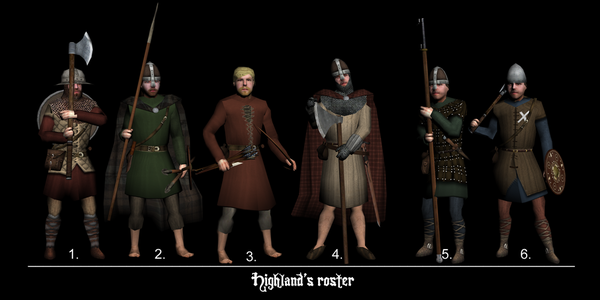 These are all the details that TWC Wiki Staff is aware about at the moment if you have any further questions regarding Patria Libera then please ask them on official Patria Libera FAQs.

YOU can help us improve this Wiki! ~ Look for Ways to Help and Things to Do. ~ If you need further advice, please post here.
Retrieved from "https://wiki.twcenter.net/index.php?title=Patria_Libera&oldid=79749"
Category: