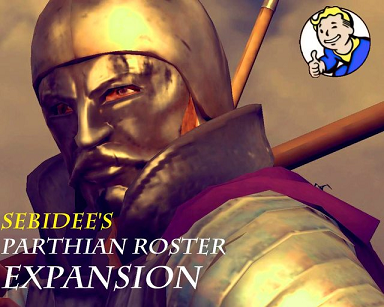 Sebidee's Unit Roster Overhaul is a mod for Total War: Rome II that implements about 250 units.

The mod was started by Sebidee in April 23th 2014 with the aim of giving players more options for their army by first releasing the Parthian roster overhaul, and later expanding on other factions.

The mod introduces about 250 units into Total War:Rome II with several units having certain roles in battle; having a focus on historical accuracy and preserving the immersion for the player by blending the old and new units.

YOU can help us improve this Wiki! ~ Look for Ways to Help and Things to Do. ~ If you need further advice, please post here.
Retrieved from "https://wiki.twcenter.net/index.php?title=Sebidee%27s_Unit_Roster_Overhaul&oldid=76646"
Categories: