Viking Invasion II recreates the infamous Viking Invasion from MTW on the Rome BI Engine. It's a complete overhaul of Rome BI, with a new campaign, new factions, new units and a new challenge. 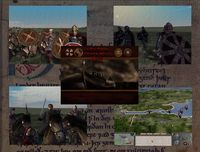 The campaign is almost identical to the original, with only minor changes made, and of course utilising a new engine. The map covers all of Britannia and parts of Scandinavia adding up to about 50 regions occupied by eight different playable factions. The mod portrays the Viking raids and internal strife of Britain as historically accurate as possible, while providing interesting gameplay and a fun, yet challenging, campaign

The Men of Alba - Good mix of infantry and cavalry; can build priories.

The Irish - Good mix of infantry; can build monasteries; can recruit Monks; poor cavalry; no archers.

Some major features of the game include :

Dominion of Britannia is an official sub-mod for VI2, adding a lot of new content and features : 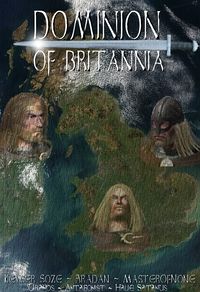 YOU can help us improve this Wiki! ~ Look for ways to help and editing advice. ~ If you need further advice, please post here.
Retrieved from "https://wiki.twcenter.net/index.php?title=Viking_Invasion_II&oldid=85796"
Categories: