Publius joined TotalWarCenter.net on March 12, 2006, and was later patronised by Kscott on July 5, 2006. He is presently an Administrator for TotalWarCenter.net, functioning primarily as the CA Liaison and Total War Community Administrator alongside good friend and fellow admin, Halie Satanus. He also enjoys long walks on the beach and romantic candle-lit dinners. Read on if you like what you see...

Having first come to TWC, Publius' initial interests were in one thing - Rome: Total War. Playing it near non stop for about three months, he had gradually begun modifying his own version of the game, mainly adding units and altering statistics. The first unit he ever successfully coded into a game was a Myrmidon unit, and oh what exciting times those were! Asking for advice (and occasionally giving it) Publius soon came to love the thriving mod community present on TWC.

Publius had also arrived just about the time when the Picture of the Week (previously the Picture of the Day) was being rejuvenated under the guidance of then junior moderator Lusted. Publius took a keen interest in the competition, and working on developing his then meager image editing skills, managed to win multiple times.

During this time he also began to become interested in the Signature/Avatar Service thread, primarily making signatures for various people. It was here, that after making a Freebird-based signature he caught the attention of Kscott. Looking through his posts, Kscott decided to ask Publius if he would like to become a civitate, who readily accepted.

As his abilities improved, Publius contacted Agraes, leader of Arthurian Total War, about the possibility of working with the Arthurian Team. Agraes, a warm hearted individual and soon to be good friend, kindly took him on. It was to mark the beginning of a career in modding that continues to this day.

Like any new citizen, Publius was eager to take part in the Cvrial process. At the time he became a citizen the prothalamos was hidden to all non-citizens, adding to the allure and grandeur of the setting.

Publius career within the Cvria (outside of posting/responding to legislation within the Prothalamos) consists primarily of sitting on the Consilium de Civitate for two consecutive terms, as well as sitting on the first and second Councils of War (now known as the Consilium Belli. While sitting on the Council of War, Publius was involved in various activities such as the Modding Community Awards, and also published two Mod Roundups, which can be found at the following locations: 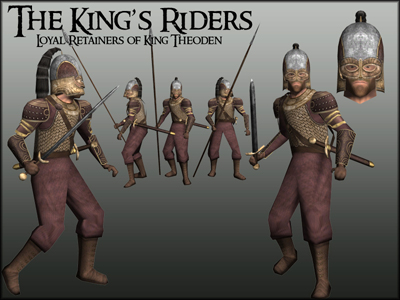 Publius shares his time presently between working as an Administrator for TWC and a unit artist for Rome Total Realism.

His duties as an Administrator primarily consist of keeping in contact and coordinating with Creative Assembly on a regular basis, maintaining/updating the Hosted Modification forums, mainting the TWC Myspace page, and other general activities. More recently Publius has also been a member of the Total War Community (TCA) Panel on www.totalwar.com, a panel comprised of an administrator/group leader from every major Total War oriented fansite online. The Total War Community award winners will be drawn from every Total War fansite, and hopefully bring this large and vibrant community closer together.

Within the Rome Total Realism team Publius works alongside renowned unit artist Caius Britannicus and with lead historian HamilcarBarca to digitally recreate historically accurate units in game. As Graphics Coordinator he is also in charge of making sure everyone with the Graphics department has tasks and receive whatever help they need to complete them.

YOU can help us improve this Wiki! ~ Look for Ways to Help and Things to Do. ~ If you need further advice, please post here.
Retrieved from "https://wiki.twcenter.net/index.php?title=Publius&oldid=79733"
Categories: