From TWC Wiki
(Redirected from Turks)
Jump to navigationJump to search

The early Turkish empire consists of four provinces - towns at Iconium and Yerevan and castles at Caesarea and Mosul. A strong starting point which means the Turks are well-positioned to move their forces South to conquer the Middle East, and with it the Holy Land. 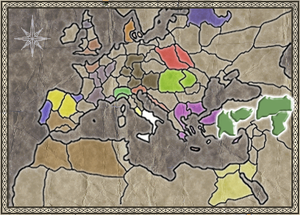 YOU can help us improve this Wiki! ~ Look for Ways to Help and Things to Do. ~ If you need further advice, please post here.
Retrieved from "https://wiki.twcenter.net/index.php?title=Turks_(M2TW_Faction)&oldid=64075"
Category: