The Holy Roman Empire starts in Europe's Middle Ground. The French are a threat to the West, The Danes to the North, Milan and Venice to the South and Rebels and Poles to the East. They are surrounded by opposing factions. Taking Prague (Rebel Occupied) can be a good strategic move on the way to strengthening your position. The Empire also has many other advantages in taking control of the land around them. Since they are the biggest starting faction, they can acquire much more income. With that income, many units can be recruited. Because of the rebels and their weak garrisons, the Empire can take control of 15 regions in 10 turns. 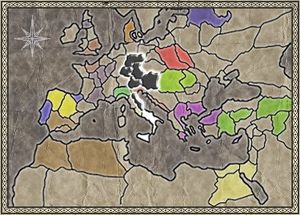 The Holy Roman Empire starts with most of, what is now known as, Germany. 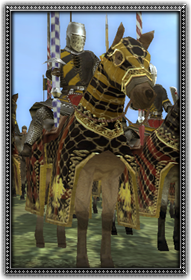 YOU can help us improve this Wiki! ~ Look for ways to help and editing advice. ~ If you need further advice, please post here.
Retrieved from "https://wiki.twcenter.net/index.php?title=Holy_Roman_Empire_(M2TW_Faction)&oldid=86004"
Category: